It was early 2020 when AT engaged with David and Jess from PT Life Cycle Indonesia to talk about the possibility of developing an application to construct a sustainability report. Cool, sustainability! This is a topic that is really interesting, but in Indonesia has not gathered steam, probably due to other more pressing issues in the country. It was easy for us to accept this job, not because it was easy, but because it was interesting and we also believed in the project. We started the project in March 2020 with 2 back-end developers, 2 front-end developers, and a UI/UX designer. Later on, a Scrum Master also joined the team. From the day one of the project, we have adopted agile methodology, scrum to be exact (as we always do in all projects in our company) and that means we divide the works into multiple sprints. We involve our clients into the sprint cycle and show them during each sprint showcase, the progress that have been made during the sprint. It was a cool experience and in June 2020 we released the version 1 of EasySR. We released a couple more versions after that to add more features, and even until now, the project is still ongoing.

During the development process, we have gained trust from one another and we understand they way we work, and we became closer as companies. We felt that, working together this way, we could achieve something else, something much bigger! It was why we decided to turn our collaboration into a friendship, a partnership, to develop a product together. “Geprek” project was kicked off at the end of 2020. It has involved personnels from both companies working together to achieve one goal. We felt this was the next level of our collaboration. It was fantastic! We are still deep into this project and we don’t know how it is going to end up, but for now we are enjoying the journey. This is the sort of relationship that we at AT envision: to have the same view of a problem and how to resolve it, to be on top together.

Our project is still ongoing along with their business development in Indonesia. Like we mentioned previously, a relationship with a customer never really ended completely since we provide technical support and help our clients as they growth.

Previous Post Future of Medical Clinic Technology
Next Post Giving Back to the Community via a Webinar: Understanding the intricacies of Career in the IT Industry 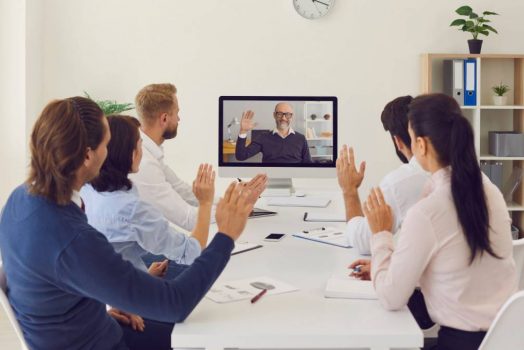 Agile Technica is a young and ambitious Software and Consulting company who aims to work with businesses and help them realising their optimal efficiencies with the help of cutting-edge technologies.